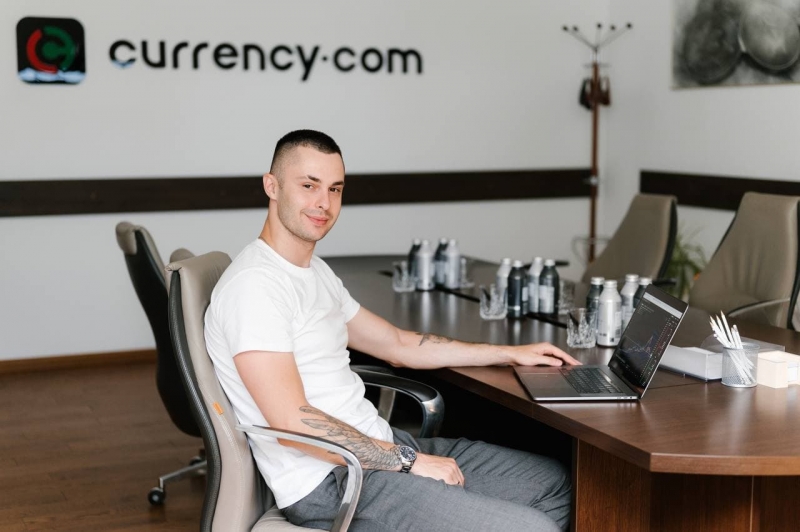 The COVID-19 pandemic and the lockdown have increased the demand for cryptocurrencies, but they’re still mainly only a matter of interest for traders, enthusiasts, and criminals. As noted in the Nasdaq article, “Universality is one of cryptocurrency’s greatest attributes, but acceptability, ironically, is absent.” Why hasn’t the transition to bitcoin, litecoin, and other monetary venues happened more rapidly? I talked about this with Valery Usenko, a private wealth manager at the cryptocurrency exchange: Currency.com

Many polls show that one of the main factors holding back the widespread demand for cryptocurrency and tokenized assets is regulatory uncertainty. For example, a recent Bitwise survey elicited 415 eligible, complete responses from financial advisors, and 56% of them said that the common reason they haven’t allocated to bitcoin is regulatory concerns. This, in addition to other studies, shows that people are afraid to work with payment and investment instruments in whiсh the status is in a gray area.

The legal status of cryptocurrencies varies significantly from country to country.  Whether or not a cryptocurrency is recognized as a digital asset, a security, a currency, a commodity, or something else, entails different obligations on the part of the buyer, seller, and those who provide services in this area. A common global approach to regulation would offer protection to all businesses involved in and serving this sector of the economy.

Nevertheless, most cryptocurrency owners are not interested in regulations, says Usenko. He explained that, as of today, 76% of cryptocurrencies are used in the «black market», for example, for the purpose of money laundering or selling drugs and weapons. In addition, some governments are not interested in regulation because it would entail «the end of the corruption story» for them. In a regulated field, thanks to blockchain technology, it is possible to trace the entire path of a crypto coin since its inception.

According to Usenko, it's the remaining 24% of cryptocurrency users who benefit the most from regulation. "Why do people come to our regulated crypto exchange when there are hundreds of others that are unregulated in the world? On a regulated crypto exchange, someone can buy bitcoin with a 'clean' history, virtually undetected on Hydra. Once the cryptocurrency rises in value, that person sells it, officially receives  money into their bank account, and buys apartments and yachts, or buys them with bitcoin, without fear of consequences.

Regulated exchanges provide clients with official documents that a customer can use to report their state taxes. Therefore, there is a demand on the white market for regulation in this field. This demand is growing on a yearly basis. We see this by the example of our regulated cryptocurrency exchange platform. In 2020, we had 5X growth in clients compared to 2019. This growth continues this year," says Usenko.

As for the impact of stablecoins on the spread of cryptocurrencies, Usenko said that this is a controversial issue. The European Central Bank, China, and Russia are actively exploring the possibility of introducing central bank-backed cryptocurrencies. A stablecoin is a cryptocurrency in which the market value is linked to another asset or basket of assets.

On the one hand, stablecoins will create competition for existing established cryptocurrencies such as bitcoin, litecoin, ethereum, and especially the centralized cryptocurrency ripple. Usenko said that while fighting for customers, payment systems will likely be forced to reduce transaction fees, offer more convenient service, and additional bonuses. This could eventually lead to a large mass of people switching to cryptocurrencies.

On the other hand, stablecoins may not affect the scalability of cryptocurrencies at all, because centralized cryptocurrencies will replicate already existing digital money, i.e. Visa and Mastercard payment systems.

"Initially, cryptocurrencies were created by enthusiasts with the goal of getting out from under the control of the states. The idea was to finally become human  instead of just American, Russian, Chinese, etc. This idea attracted many people from early on.  With stablecoins, we are again faced with the fact that, in essence, states will continue to be the main monopolists for mining, verification, and transaction processing. As it turns out, we will again return globally to centralized national and international payment systems, which we already have now," said Usenko.

Analysts say that stablecoins, which have become widely accepted in international trade and payment systems, may eventually erode the dollar's status as the de facto currency of world trade, and thus undermine the influence of the United States. That may explain the desire of a number of countries to create a national cryptocurrency, rather than their willingness to give their people more financial freedom.

Another barrier hindering the spread of cryptocurrencies is their volatility. In 2017, bitcoin reached a value of $20,000, fell to $3,000 later in the year, and exceeded $60,000 in the spring of 2021. Cryptocurrency rates can change by tenths of a percent per day. Retail outlets that try to completely switch to accepting payments in cryptocurrencies would then face the problem of calculating the price for their goods and services in cryptocurrency.

However, according to Coindesk, volatility is not a problem with bitcoin, but defines its peculiarity. Statista analysts confirm that cryptocurrency volatility attracts investors. Usenko has also said that, today, bitcoin volatility doesn’t stop, but rather draws people into the cryptocurrency world. "High volatility involves a great deal of opportunity. You can look for patterns and buy and sell at the right times. High volatility attracts the attention of investors and the media, and, therefore, the attention of everyone else.”

With the spread of cryptocurrencies, the problem with their volatility will be solved, Usenko believes. At the moment, there are relatively few players in the crypto-economy. One player, going in with €20 million, can create incredible growth in bitcoin.  If, instead, that person were to buy the U.S. national currency for the same amount, that wouldn’t change the US dollar’s value.  "So, the more people get involved in the crypto economy, the less volatile cryptocurrencies become," Usenko explained.

Currency.com became the world's first regulated cryptoexchange of  tokenized assets. In 2019, it was recognized as the best cryptocurrency exchange in the CIS. Instruments available for trading include cryptocurrencies, tokenized stocks of companies, such as Microsoft and Amazon, tokenized S&P 500, and Dow Jones 30 indexes, and tokenized commodities, such as oil and gold. The company's monthly turnover is $2 billion as Currency.com moves smoothly towards one million clients by 2022.

Long transactions and conversions are considered another reason that hinders mass adoption of cryptocurrencies. A bitcoin transaction can take anywhere from 12 to 24 hours to be included in a block. Who would stand at the cash register and wait all that time for a transaction to be concluded by a merchant when you have a credit card in your pocket that can be used to pay a bill in seconds?  Besides, sellers prefer, or are forced to price goods, in fiat money, and if a cryptocurrency holder wants to pay the bill in cryptocurrency, they have to use such payment solutions which automatically convert cryptocurrency into fiat when paying the bill. In fact, there are not that many such solutions on the market right now.

"I don't see this as a problem," Usenko said.  "First of all, there are 4,800 crypto coins in the world, of which the ten most popular ones are in the public eye. In fact, there are very 'fast' crypto coins, but they have not yet gained popularity due to other reasons. Secondly, there is a difference between the speed of the transaction being displayed and the actual receipt of money into an account. When you transfer litecoin to someone, the recipient will see this transfer instantly, although the actual receipt of money on the account will take up to 5 minutes. However, other payment systems also work like that. When a person pays with a bank card in a store, there is a delay in the arrival of the money to the merchant's account," explained Usenko. According to him, retail will switch substantially to accepting crypto coins when major players, such as Apple, Tesla, Google, Microsoft, etc., switch to them.

The security issue also comes up every time cryptocurrencies are discussed. A study requested by the ECON committee says that over the past few years, users of cryptocurrencies and tokenised assets have lost the equivalent of several hundred million dollars due to security breaches at exchanges and storage providers. In 2019, thefts were reported to even exceed a value of more than $1 billion. Despite improvements in encryption techniques, loss or leakage of authentication information is still possible and can lead to large losses to cryptocurrency owners, the study said.

"This is exactly why traders should avoid: unregulated crypto exchanges and questionable virtual wallets," Usenko said. Fraudulent companies have no verification, AML/KYC procedures, and this seems convenient for customers.  The problem appears when clients cannot get their money back. Those companies do not reply or may suggest that the customer should fly to Vanuatu or St. Vincent and the Grenadines to file a lawsuit. Most people don't even know where those places are.”

According to Usenko, there are no such problems in the regulated field. "When, for example, cryptoexchange Currency.com enters a new market, it acts in strict compliance with the legislation that applies in that jurisdiction. Clients do not get in trouble if they  have lost the password to the wallet since we can verify the customer and give them new access. As for identity theft, it's a global problem, relevant for all digital money rather than exclusively for cryptocurrencies.”

According to Usenko, the biggest factor holding back the scaling of cryptocurrencies and their use as a means of payment is people's lack of awareness of blockchain technology and cryptocurrencies. A Dutch study quoted in Nasdaq also indicates that «unfamiliarity with cryptos is the most cited reason for non-acceptance."

"There was a time when people laughed at the idea of paying in shops with a bank card. Nevertheless, the lion's share of the population uses bank cards these days and has no problem with it. People are developing technology to make their lives easier. I think cryptocurrency will take a unique place in our world as an alternative payment method with its own applications and advantages. Stronger awareness campaigns combined with adequate regulation of decentralized cryptocurrencies are the main steps that need to be taken in order for cryptocurrency to achieve mainstream adoption, like credit cards and fiat currency," Usenko concluded.

Can manufacturers digitalize to reduce energy costs and stay in business?