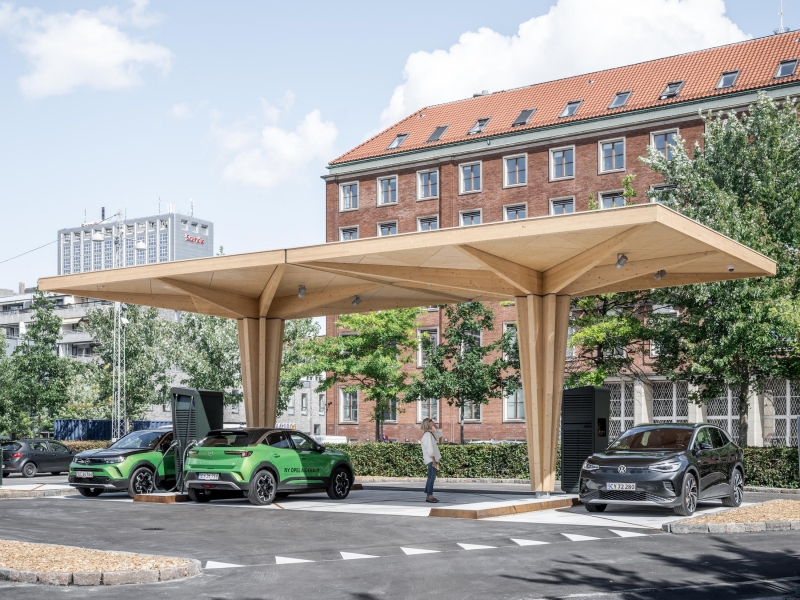 ZAZA TIMBER, the Latvian group of businesses, has manufactured an environmentally-friendly, uniquely-designed electric vehicle ultra-fast charging station from glued laminated timber (glulam) and erected it in front of the City Council building in Frederiksberg Municipality, Copenhagen.

The ultra-fast charging station is five meters tall, 14 meters long and seven meters wide. It can be used by four cars at the same time, with each receiving 150–300 kW of charging power. The station was designed by the Danish architecture firm Cobe. It was commissioned by Clever, a leading Danish company specializing in electric vehicle charging stations, and holistic mobility and charging solutions.

The structure was made of FSC-certified spruce and was made using Lego construction principles, with the three businesses that make up Jelgava County’s ZAZA TIMBER Group collaborating on the design, manufacture and construction. ZAZA TIMBER’s designers developed the detailed drawings for the parts and designed the panels and their fastenings; the glulam parts and roof modules were produced in Latvia, while the final assembly was performed in Denmark. This approach allowed the process to take place swiftly and almost entirely without building waste. The Latvian construction team built the structure in Copenhagen in six days.

Cobe’s architectural concept, design, and choice of materials reflect green thinking, allowing for the use of renewable resources and focusing on the sustainable use of materials. When considering how to integrate a clean energy charging point into everyday life and the pace of the city, the station was created as a place not just for charging a car, but also for relaxing the mind and enjoying a step back from the city’s industrial architecture. 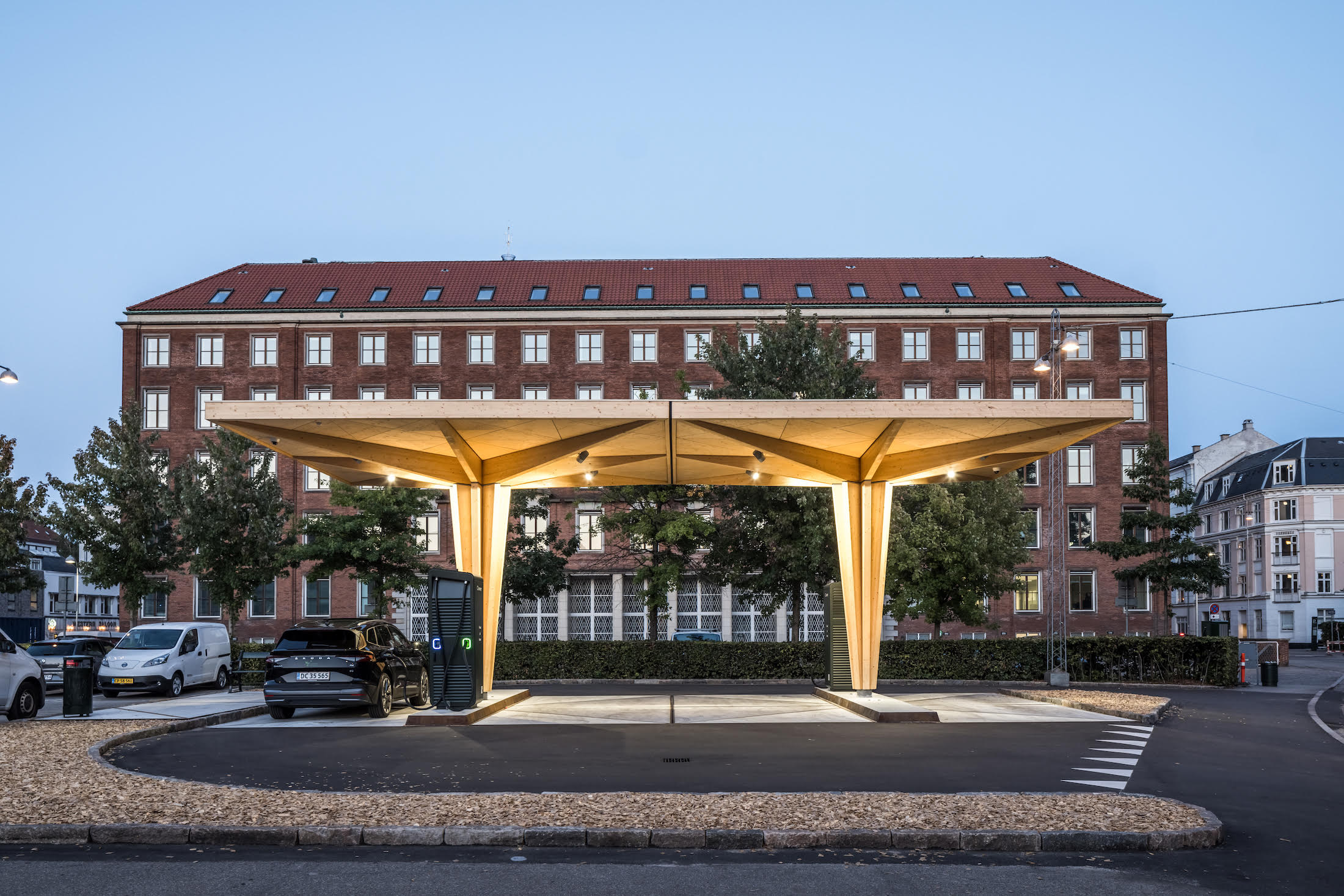 The architectural concept is of a timber roof module modeled on a canopy, which shelters users from the elements. The roof is also literally green: it is covered in plants, namely an extensive green sedum which requires minimal upkeep. By connecting multiple modules, the stations can be built to different sizes and configurations, meaning the concept can be executed in different locations. The concept includes an easily deconstructable canopy made of materials that can be recycled or upcycled. Clever and Cobe won several awards for this project, including the infrastructure award of the 2018 Danish  Building Awards and ArchDaily’s Building of the Year Award 2020. The project was nominated for the 2022 European Union Prize for Contemporary Architecture – Mies van der Rohe Award.

ZAZA TIMBER is a group of three companies specializing in the manufacture, design and construction of glued laminated timber structures. The group operates in Latvia and elsewhere in Europe, and its clients include architects, civil engineers and construction companies. 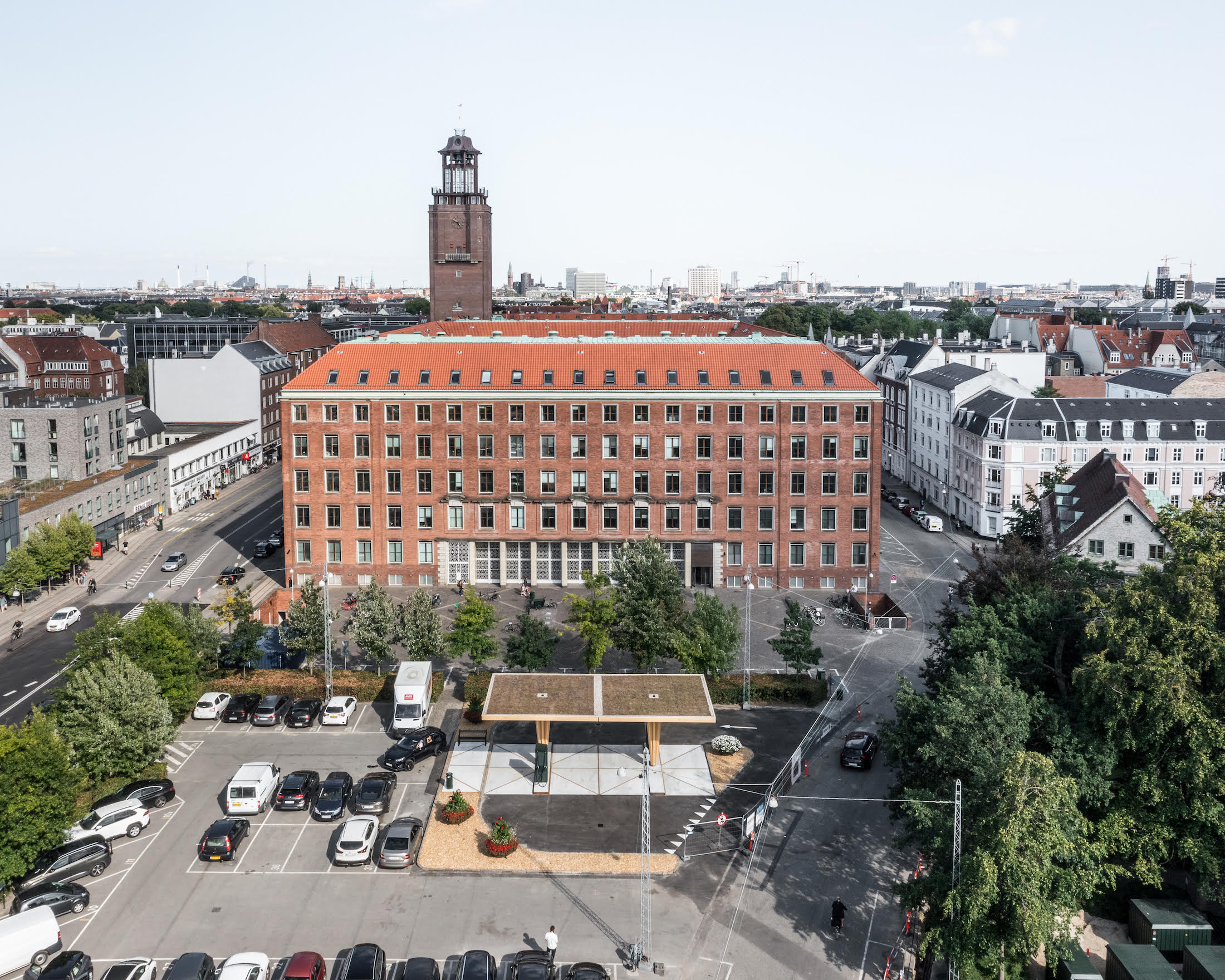