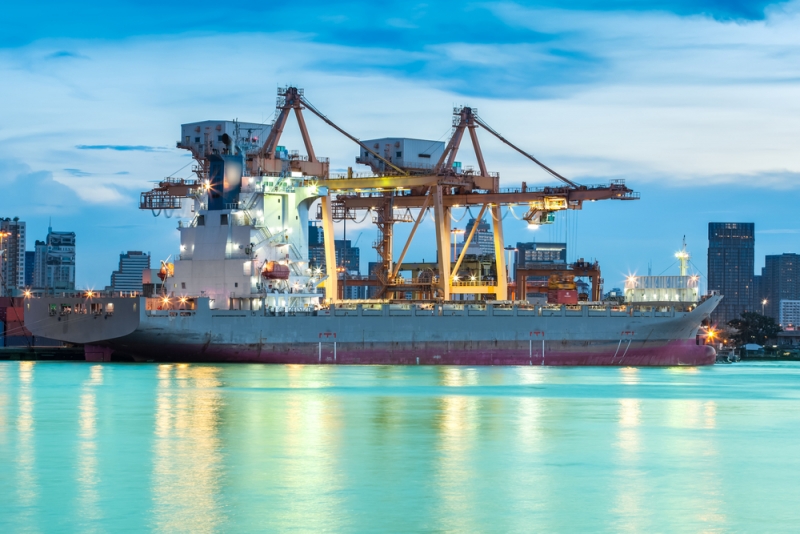 The Swiss company Svizraa S.A., which works in ship chartering and transportation of fertilizers, grain, coal and steel and which has a cargo turnover of more than 10 million tons per year, sent a letter to the Ministry of Foreign Affairs, the Ministry of Economics and the Ministry of Justice, in which it expressed its disagreement with the Latvian authorities’ de facto prohibition on the company to conduct business in Latvia.

Svizraa called the state authorities’ decision to stop the operation of two of the company's mineral fertilizers and ammonia trans-shipment terminals in Riga and Ventspils legally unfounded and demanded to resume their operations. The company called the consequences of the prohibition decision of the Latvian state authorities "catastrophic damages". The representatives of the ministries confirmed the receipt of this letter.

The Svizraa letter states that on 1 March, 2022, the company acquired the Cypriot company Uralchem Freight Limited (UFL), which owns shares in two Latvian port operator companies in Riga and Ventspils - SIA Riga Fertilization Terminal (RFT) and SIA Ventamoniaks (VA). Currently, according to Svizraa, these infrastructure objects are in a critical condition, causing the company to suffer losses.

The case is that one of the former Uralchem Freight indirect shareholders is the Russian businessman Dmitry Mazepin, who was included in the list of persons subject to EU sanctions on 9 March, 2022.

After Svizraa acquired UFL, VA and RFT applied to the Register of Enterprises of the Republic of Latvia to update information about their true beneficiary. They requested that the record of Mr. Mazepin as the beneficial owner be deleted and that Mr. Aamer Atta Bhidwal is registered as the new RFT and VA beneficial owner, but the Register refused to do so due to the sanctions applied to Mazepin.

At the same time, Svizraa draws attention to the fact that its acquisition of Uralchem Freight Limited was concluded on 1 March, i.e., before the sanctions against Mazepin were imposed on 9 March.

The Swiss company believes that the refusal to register a new beneficiary has no legal basis neither in accordance with Latvian legislation nor EU legislation. This is further confirmed by the fact that the change of ownership for Uralchem Freight Limited was duly registered in the public registers of the Republic of Cyprus. After this registration, the company was renamed Svizraa Management Limited.

RFT and VA appealed the Register's refusals to update information on the beneficial owner. The relevant administrative cases are currently under consideration in the courts of Riga and Liepāja, and Svizraa is involved in the proceedings as an interested third party.

Meanwhile, according to Svizraa's appeal, the incorrect and outdated data currently registered in the Register of Enterprises have already caused and continue to cause catastrophic losses to both SIA Riga Fertilizer Terminal and SIA Ventamoniaks. At the same time, none of these companies is included in any list of sanctions, but, due to the fact that the Latvian authorities have set actual restrictions on the operation of terminals, the majority of banks, insurance companies, service providers, suppliers of equipment and spare parts, and refused to cooperate with RFT and VA, the terminals are idle. In addition, at the end of May 2022, the State Environmental Service of the Republic of Latvia made a decision to suspend the operations of RFT and VA.

As the media wrote at the time, this created a dangerous situation in Ventspils. Due to the refusal of banks to accept payments for electricity, 40,000 tons of toxic ammonia, which requires specific storage conditions, could enter the environment at the Port of Ventspils. The situation was resolved, but residents and city authorities at the time experienced several weeks of anxiety. The situation has also worsened within RFT, where tens of thousands of tons of ammonium nitrate are still being stored.

On 11 March Swedbank closed RFT accounts, because of which terminal employees could not receive salaries for June and July. For this reason, some workers did not go to work, leaving the dangerous cargo to its fate. And although, judging by the information provided by sources to the RTF, it was possible to re-open the accounts for the payment of salaries, the money that was in these accounts has not yet reached the beneficiaries.

Svizraa considers the current situation as an unprecedented case, because the legal interests of the European parties, their employees and customers, the legal interests of the parties, their employees and customers are not respected. This is particularly aggravated by the fact that the operations of the terminals concern the supply of agricultural products, including fertilizers and materials for their production, to third countries.

According to EU documents, companies that guarantee that they are not controlled by persons included in sanctions lists must be granted permits by the national competent authorities to do business in the respective country.

Svizraa message states that neither RFT, nor VA, nor Svizraa itself or its parent company, Quest Group DMCC are associated with the sanctioned individuals. Svizraa asked the competent authorities of Latvia to give permission for the completion and registration of the transaction of the acquisition of companies and offered various ways in which this issue could be resolved.

All this is happening amidst extensive discussions about the impact of economic restrictions on the situation with food security in the world. The EU made it clear on 21 July that the imposed bans, even those that are part of such harsh restrictive measures that are implemented against Russia, should not affect the sale of agricultural products, so as not to further deepen the problem of hunger in underdeveloped countries. "None of the measures adopted today or earlier in view of Russia’s actions destabilising the situation in Ukraine target in any way the trade in agricultural and food products, including wheat and fertilisers, between third countries and Russia", the EU statement to the media said.

A day later, on 22 July, documents were signed in Istanbul on the shipments of Ukrainian grain by sea and the export of Russian agricultural products and fertilizers - "Initiatives for safe transportation of grain and food from Ukrainian ports" and "Memorandum on the agreement between the Russian Federation and the UN Secretariat on the promotion of trade in food products and fertilizers on world markets".

A few months earlier, the United States issued a general license for transactions with Russia related to the supply of fertilizers, food, seeds, as well as medical equipment and drugs. And while the question of the financial, insurance and service companies that should service these transactions has yet to be resolved, it is clear that the green light has been given.

In an interview to the LETA agency the President of the European Commission and the Trade Commissioner Valdis Dombrovskis recently about changes in the EU's agricultural policy, as well as about the policy of green courses and sanctions. Among the issues mentioned by Dombrovskis, the most important for Latvia is the question of increasing food production. Food availability as such and rising food prices are a global problem, including in Europe. Another important issue in this context – increasing the fertility of Latvian soils is impossible without mineral fertilizers.

In addition, it should be said that along with medicines and food, fertilizers and raw materials needed for their production should also be included in the category of humanitarian aid cargo. We can agree with this opinion or, on the contrary, we can disagree, thereby supporting the uncontrolled increase in food prices and the prospect of consuming less food. However, so far the real actions (or inaction) of public authorities regarding the transit and domestic trade of fertilizers and their components does not leave us with any choice.