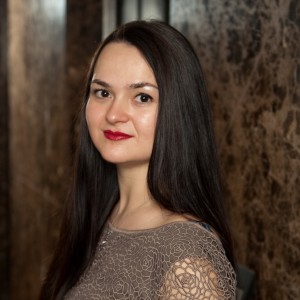 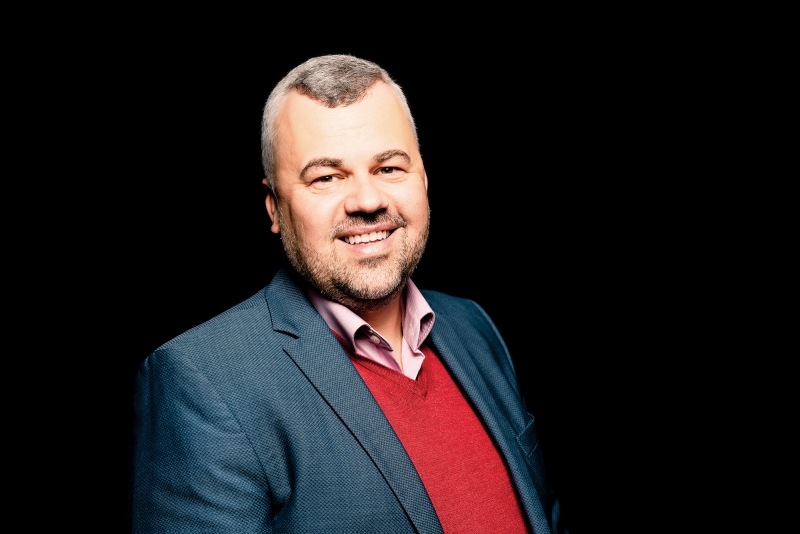 Tomas Mikalauskas has been steadily gaining something and moving forward by raising the stakes for 22 years. He started from scratch in London, but now he's advancing in copper and gold in Congo.

When Lithuanian Tomas answered a childhood friend's invitation to come to London at the age of 18, he almost had to stay on the streets. The friend who promised to wait "just" didn't pick up the phone and "disappeared", leaving Tomas - then almost a child - alone in a foreign land.

Mum had paid for a motel for three days, so he had just enough time to find a job or return home. And it might have meant giving up international opportunities for good. He managed to get a job then, but now he is offering job opportunities for others.

Tomas Mikalauskas (40) was born in Lithuania. He did not excel at school - he was mediocre and even now does not really recognise the importance of learning. And then, after graduating, an opportunity that was unusual for those times came along. A childhood friend of his, who was already working in London, invited Tomas to join him. Throughout his childhood, not only did they live next door, but their families were also friends.

"At that time, everyone was traveling to find a better life. I left too. A friend said, 'Come here, what is there to do in Lithuania? You'll earn good money here in London," Tomas recalls the 2000s, when the Baltic States were not yet part of the European Union. Tomas got his visa and set off for a "bright future". He knew as much English as he had learned at school. He relied on a childhood friend. "I came, but my friend was nowhere around. In London I could only live on the streets. I had to call my mum," Tomas recalls. With no time to think, the energetic young man took the first job that came along. The motel where he was staying was opposite a recruitment agency for migrant workers. Tomas walked in, enquiring about any job. He was hired to work in the hotel - to deliver bed linen and towels.

After getting over the first shock, Tomas started thinking about career development a few months later. "Of course, I wasn't happy with this job. I'm smart, I can do things with my head," says Tomas.

At the same agency where he had already applied for a job, there was a vacancy for an assistant - to do paperwork, help with small things. At first, Tomas was given the opportunity to help for two hours a day, but eventually he was offered a full-time job. From that day on, his journey in the recruitment industry began.

The agency where Tomas ended up working recruited people for hotels, cleaners, construction workers, drivers, etc - mostly from Romania and Bulgaria. According to Tomas, it was mostly low-quality labour. "I offered to try to bring people from the Baltic States - Estonia, Lithuania, Latvia - because there was a constant shortage of workers in England and we Baltic people are hard-working, honest and responsible. They told  me, "If you want to try it, try it!" Tomas remembers. He started out in the field and headed a separate Baltic division until 2004, when the Baltic States joined the EU. Immediately after the EU enlargement, there was no need for any paperwork, everyone could come on their own. Official statistics show that between 2000 and 2004, around half a million people entered the UK every year, and the number of immigrants has never fallen.

Tomas changed his direction and started bringing people from Ukraine. He befriended the owners of a recruitment agency and even got a share in the company. He visited English-speaking countries and looked for new opportunities. He liked Malta, an Island nation, where he decided to try opening his own business. Why Malta?

The climate is excellent, there is also a shortage of people because tourism is so important and there is a never-ending flow of investment. For example, tourism, including hotels and restaurants, is the second largest source of foreign investment, after manufacturing. Around two million tourists come to Malta every year, where only half a million people live. Even during the COVID global restrictions, Malta welcomed 718 000 tourists in 2020. This sector employs almost 30% of the Maltese population and accounts for 15% of GDP. Incidentally, it was COVID that had a strong impact on Tomas' business. Those working in the tourism sector - hotels and restaurants - started laying off staff. There was no way to pay wages. However, everyone knew that at some point people would be needed again. And that's where Bolt came in - a delivery service that could also do with staff.

Tomas Mikalauskas opened his recruitment agency Recruitgiant in Malta in 2011. He says he did not need any capital. He signed his first contract, brought in staff, invested the profits in growth and opening new offices. "I tried to do everything myself and worked restless day and night," he says. Tomas started making contacts in exotic countries to bring in staff and continued to expand. Offices opened in India, Nepal, Sri Lanka, later Bangladesh, England, Lithuania and now Cyprus.

The business principle is not complicated, but because there is competition, Tomas decided to compete on quality rather than quantity. For example, to start bringing people from India, Tomas went there, stayed for a few months, found local partners - Indians who do operational work - and advertised to get the first takers. Candidates are also trained there before being recruited. According to Tomas, only about 10% of the applicants actually come. It takes about 3 months to bring one person, for training and permits. In the last two years, he has placed around 2000 people in Malta. He also takes workers to Poland, Portugal and other European countries. "I like people from Eastern countries - they want to earn money, they are very hard-working, tidy and speak English. And they have a very low standard of living in their home country, so they are motivated to work," says Tomas, explaining his choice. His office in Malta employs 15 people and his regional offices 10 each, for a total of around 100 staff. Tomas's company in Malta has a turnover of around 10 million and can earn around 12-15%, depending on the country. But this is relatively small.

Now Tomas has new goals, much more lucrative. He has discovered Africa, and Congo in particular. Yes, yes, it's a place one would even be scared to think of going.

"We have been working in Congo for 10 years now and I hope to become Honorary Consul of Congo in Malta very soon," Tomas adds in all seriousness. How? It all depends on the connections. 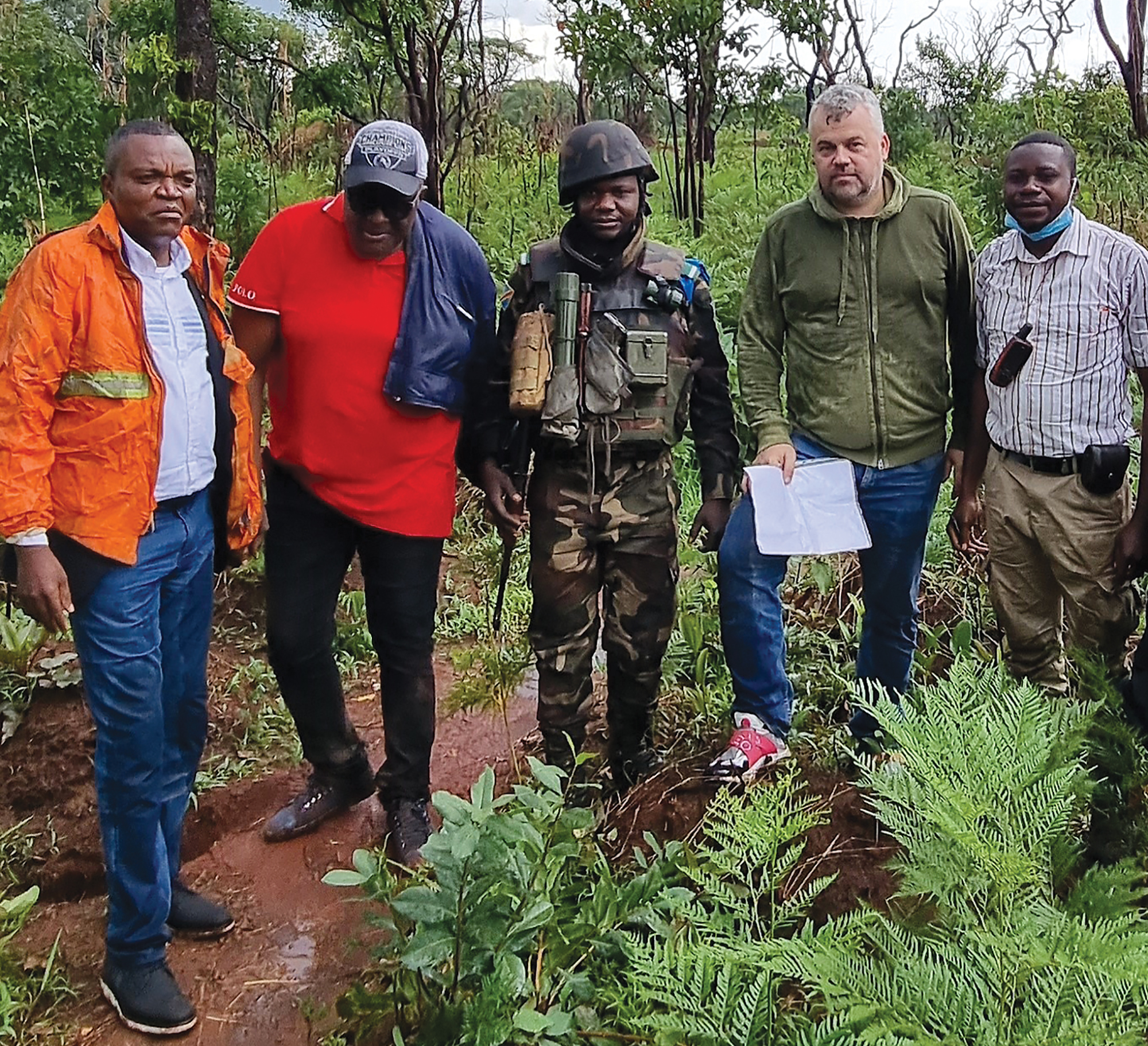 Tomas met and found common ground with a Congolese man in London. Later, when he had already moved to Malta, he decided to visit his acquaintance. He went to see what was going on in Congo. It is a country ruled by an army and about which there is little news. Step by step, he came across an army general - a man who has been in power for almost 40 years - who helped him get started.  "You have to find open niches. But in Congo, for now, all the niches are vacant. Tomas himself, with local Congolese partners, is involved in the most lucrative sector - gold, cobalt and copper mining. It is a growing sector that can make both the country and its entrepreneurs rich. According to the International Trade Organisation, Congo has significant untapped reserves of high-grade gold, copper and cobalt, but at the same time, mining brings with it many security risks - due to poorly developed infrastructure. For example, in 2019, Congo mined 100 000 metric tonnes of cobalt, but this is 70% of the world's cobalt. Congo is also the third largest producer of industrial diamonds - around 20% of the world total. In 2019, Congo mined 1.43 million tonnes of copper - almost 20% more than in 2018. The International Trade Organisation estimates that Congo's total mineral potential is in the tens of trillions of dollars, and despite the conflict in the east of the country, American companies, for example, continue to invest money in this lucrative region.

The Congo is notorious for corruption - despite the fact that it is everywhere, Congo is ranked 162nd out of 180 countries in Transparency International's Corruption Perceptions Index. Tomas, however, has noticed something else: "If they see that they themselves need what is on offer, they will rather make money with you than take it. That's where everything changes. The truth is that there are people who want to live better and are motivated enough," explains Tomas.

He wants to use his experience in Congo to open a delivery business - the people are there, and the opportunity to be first to market is there. If you want to get involved, get in touch and Tomas may be able to help you too. He believes in the power of friendship and connections. Sometimes that's what it takes to take a small idea and turn it into a big business. Just like helping him, he also feels it is important to help those who are "burning" to take on the world with their ideas. That's why he invests in the ideas and start-ups of others, even though only a fraction of them will be successful.

‘Sometimes people have a great idea, but don't have the knowledge and experience to monetise their idea. However, all they need to achieve their goals is a little money and someone who believes in their idea and in them," says Tomas. Over the years, he has even crystallised some basic principles for young entrepreneurs to follow. First, don't be afraid to take risks to achieve your goal - only by taking risks can unforeseen opportunities arise. Second, remember that an idea, implemented at the right time and in the right place, sometimes does not require a large investment of money, and third, keeping a verbal promise is as important in business as keeping a written contract.