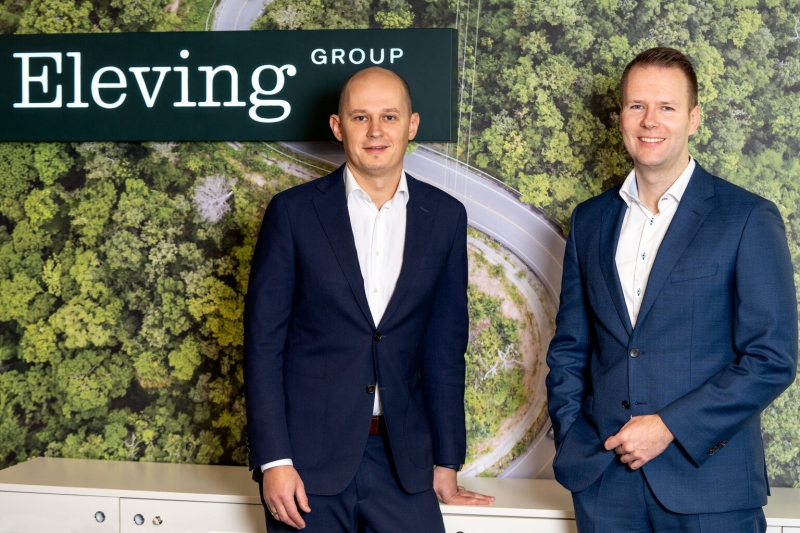 Eleving Group (formerly known as Mogo Finance), a Latvian head-quartered leading provider of financial solutions in Central Europe, CIS & East Africa, has issued bonds in the amount of EUR 150 million that are listed on Frankfurt Stock Exchange, thus, successfully completing one of the largest bond issuances by a private company in the Baltics.

Eleving Group (formerly known as Mogo Finance), a Latvian head-quartered leading provider of financial solutions in Central Europe, CIS & East Africa, has issued bonds in the amount of EUR 150 million that are listed on Frankfurt Stock Exchange, thus, successfully completing one of the largest bond issuances by a private company in the Baltics.

Corporate bonds were issued at par with an annual interest rate of 9.50% and a maturity in 2026.  Bonds were issued in the form of a Private Placement to European professional investors following a series of investor meetings with professional investors across Europe. The proceeds will be used to refinance existing liabilities which includes EUR 100 million outstanding Eurobond and other, as well as it will help to further optimize Eleving Group's cost of borrowing and support the Company's further growth.

Modestas Sudnius, CEO of Eleving Group: "We are grateful to existing and new investors who supported us and showed trust in our company. We are pleased and proud that investors from all over Europe invested in our Company with exceptionally strong demand coming from the Baltic region. This marks another very important milestone in Company’s history and secures stable financing for the Company for the foreseeable future. We will continue developing our mobility and financing platform while introducing new products and investing in digitalization.”

Maris Kreics, CFO of Eleving Group: "This is a landmark event not only for the Eleving Group but for the Baltic capital markets as a whole, due to the notable size of EUR 150 million attracted by a Company with a local capital and headquartered in Latvia. We hope that this event will help to significantly broaden the investors’ base for our Company as we expect that after the listing in the exchange the bonds will become available for both institutions as well as private individuals. “

The new bonds are expected to be included in the Open Market of the Frankfurt Stock Exchange on or about 18 October 2021. The new bond is aimed to be listed on a Regulated Market four months thereafter. For more convenient trade and accessibility for private investors, Eleving Group bonds are expected to be also listed on Nasdaq Riga Stock Exchange.

Eleving Group comprises a number of international and fast-growing financial technology companies with a global presence. The Group operates in the vehicle and consumer finance segments in 3 continents, providing financial inclusion and disruptively changing financial services industries in its countries of operation. To date, the Group has issued over €710 million in loans and runs a net loan portfolio of over €200 million. Founded in 2012 as Mogo in Latvia, the Group has revolutionized the way people purchase cars. Having expanded across the Baltics within its first year in business, the Group continued expansion in the following years, servicing a total of 14 active markets as of the end of 2020.

With its headquarters in Latvia, the Group operates in the Baltics, Central, Eastern, and South-Eastern Europe, Caucasus, Central Asia, and Eastern Africa.

For two consecutive years since 2020, the Group has appeared on the Financial Times list of Europe's 1000 fastest growing companies.