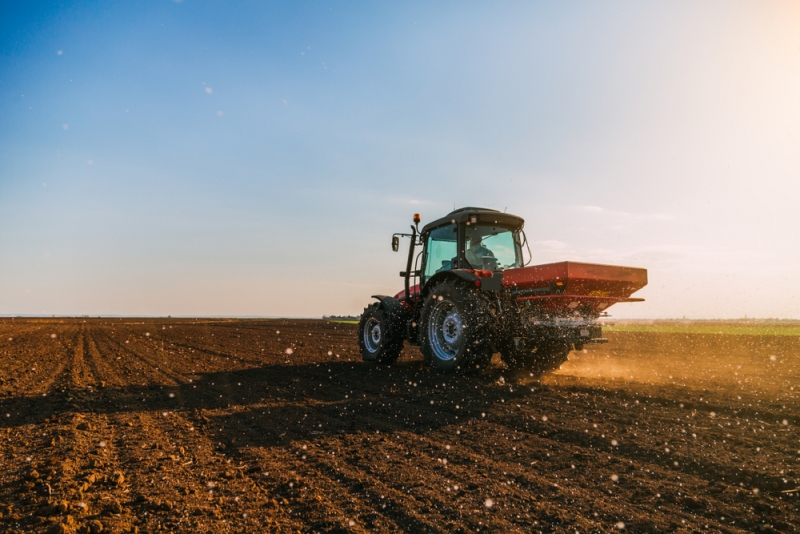 Ukraine and Türkiye have signed an agreement with the UN on the export of grain and other agricultural products from the blocked Ukrainian ports – Odesa, Chernomorsk and Yuzhnye ports. A similar agreement was signed by representatives of Türkiye, the UN and Russia. This refers to the lifting of restrictions on the export of food and fertilizers of Russian origin. The signing of the agreements took place in Istanbul in the presence of Antoniou Guterres, the UN Secretary General, and Recep Tayyip Erdoğan, the President of the Republic of Türkiye.

It seems that the global food crisis that has threatened the world in recent months may finally be resolved. On July 22, documents were signed in Istanbul on the delivery of Ukrainian grain by sea and the export of Russian agricultural products and fertilizers – Initiative for Safe Transportation of Grain and Food Products from Ukrainian Ports and Memorandum of Understanding between the Russian Federation and the UN Secretariat on Promotion of Russian Food and Fertilizers in World Markets.

The first document defines the export algorithm of Ukrainian agricultural products from the Black Sea ports controlled by Kyiv – the Odesa, Chernomorsk and Yuzhnye ports. The initiative is designed for 120 days with the possibility of extending it for the same period upon mutual agreement between the parties.

A joint coordination center, which will be in Istanbul and will start to operate in a few days, will regulate possible incidents during the grain export process from Ukraine. The UN will coordinate this process.

The second document – the Memorandum – should ensure the uninterrupted supply of Russian food and fertilizers, including raw materials for their production, to the world market. It allows for the elimination of obstacles in the field of finance, insurance, and logistics by establishing special exemptions from the sanctions imposed on Russia. The validity period of the Memorandum is 3 years.

All this suggests that common sense is now replacing the emotional decisions that the European Union made in response to Russia's war in Ukraine. Faced with real threats in the field of energy and food security, we, EU countries, may have to adjust our position.

In addition, the latest, seventh, package of sanctions states that the EU has not imposed any sanctions on the import of fertilizers. The government of our country, on its own initiative and even despite the instructions of Brussels, decided to impose sanctions on fertilizers and the companies that supply them.

However, the latest steps and statements by the leaders of the UN and Brussels demonstrate that the obstacles have been eliminated now, making it possible to reach an agreement on the import of grain and fertilizers. These initiatives have been implemented in documents recently signed by the UN, Russia, and Ukraine.

By participating in the signing of the mentioned documents, the EU and the UN express their commitment to avoid measures that could lead to a global decrease in the level of food security. Thus, none of the measures provided for in the signed documents, or the war started by Russia in Ukraine, in any way affects trade operations between Russia and third countries, including trade of agricultural products and fertilizers.

Although the documents signed in Istanbul are not international agreements and do not determine any rights or obligations of the parties in accordance with international law, they are very important for all EU member states, including Latvia.

In recent years, the economy of Latvia has largely relied on revenues from transshipment of cargo from Eastern Europe, including Russia, Belarus, and Kazakhstan. In Europe, our country as a geographical transport center already plays an important role as a European cargo transportation hub, from which cargo is delivered to Europe and other countries of the world.

With the introduction of sanctions against Russia, the flow of this cargo significantly decreased, resulting in considerable losses to the Latvian economy.

At the same time, Latvian agriculture is rapidly losing its position in EU countries. Mineral fertilizers are necessary for the industry, because without them, it will not be possible to obtain high-quality crops in our soils and climatic conditions. Fertilizers, which until recent time could be purchased in Europe, are now 2-3 times more expensive in Latvia compared to the beginning of the year. And since that they are mainly produced using Russian gas, the prices of which continue to increase, fertilizers will rapidly become more and more expensive.

Latvia's sea terminals, which with the introduction of sanctions ceased the transshipment of Russian chemical cargo and fertilizers, completely stopped their operations, and thus no longer provide any income to the national economy. However, with the signing of the documents in Istanbul on July 22, our country was able to restore the international transit of Russian cargo and compensate for economic losses.

In this regard, it is worth paying attention to the recent statements of Josep Borrell, the EU High Representative for Foreign Affairs and Security Policy. He said that the EU does not exclude the possibility of introducing partial changes in sanctions against Russia if they will have an indirect impact on the food and fertilizer market. This was reported by the Spanish news agency EFE on 26 July. According to Borrell, there are economic entities that "overreact" to sanctions. "They have the opportunity to do what is not prohibited, but they don't do it," says Borrell. According to Borell, sanctions against Russia introduced by the EU "definitely do not cover food and fertilizers".

There is another disturbing dependence on the impact of sanctions that cannot be ignored. Experts are discussing a possible large-scale flow of migrants to EU countries from Africa, which has suffered the most from the sanctions imposed on the import of food products and fertilizers. In addition, despite the increase in domestic unemployment and the growing competition in the labor market, Latvia has allocated state budget funds to the military sector to increase national defense. This means that the humanitarian aid sectors will be affected by the budget deficit in the future, and this will force the citizens of Latvia to tighten their belts, to choose to pay for heating or food.